An estranged daughter must take over her family's realm and send her evil adult relatives to prison--or face a charge of treason. And a former mercenary captain inherits the entire company. Assassinations, conspiracies, brigands, wars and rumors of war Kings Of the North "Uneasy lies the head Though he has granted Dorrin Verrakai the title of Duke, everything in his past warns him not to trust a Verrakai magelord The mysterious crown she brought him as a gift may instead be a curse. King Kieri of Lyonya, older and more experienced in war, is pressured to find a wife and produce an heir, while his subjects ignore what he sees as greater problems--the relationship between elves and humans, in this dual-ruled kingdom, had worsened and his own elven grandmother will not help him heal it, the economy is failing, and across the great river looms Pargun, a constant threat.

King Torfinn of Pargun is beset by both traitorous relatives who want to usurp his throne and a rebellious daughter who wants to escape the duties of a princess. And now Lyonya--which he has not perceived as a threat before--has as its new king the duke who had fought and defeated Pargunese troops in Tsaia. With enemies on two sides, west and south, as well as conspiracies and treason within, what can he do to protect his people?

But he had old enemies there and elsewhere who found a way to sabotage him. Only by Gird's help can he survive--and those who ask for help will not only receive it, but must pay the price. Exactly what Gird's plan for Arvid might be, he doesn't know--but he will begin to find out what the price is. King Kieri knows that Lyonya is no longer in danger of scathefire, the unquenchable fire of dragonspawn, and his elven grandmother, the Lady of the Ladysforest, has given her approval for him to marry. 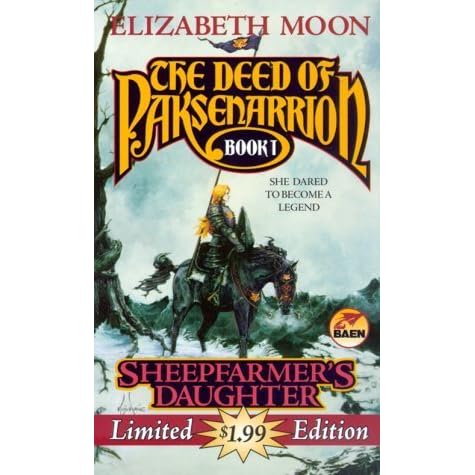 If he can defeat the Pargunese invaders--surely only human troops--Lyonya will be safe. But on Midwinter Night, he is lured from the royal ossuary and confronted with ancient treachery that may keep him from fulfilling his destiny. Dorrin Duke Verrakai, meanwhile, in her role as Constable of Tsaia, faces her severest challenge yet when a member of the royal succession manifests the one talent Tsaian law will not tolerate while under her guardianship.

The royal family itself harbors a source of treason no one has suspected yet. Limits of Power The unthinkable has occurred in the kingdom of Lyonya. The queen of the Elves--known as the Lady--is dead, murdered by former elves twisted by dark powers. Now the Lady's half-elven grandson must heal the mistrust between elf and human before their enemies strike again. Though I think its a series that should be at least checked up on, cause the books are just amazing! Here is some favorite things of the books I love without spoiling to much - Paksenarrion, ofc, she is amazing character and woman, that really evolves crazy much in the books.

Not a feeble girl, but a strong warrior. Even different religion is accepted. Even the leader of a certain powerful order, is a woman. As well Kolya, fuck yea!


Seargent Stammel, is still my fave fantasy dude ever lol - Generally the entire setting, is amazing and the story of Paksenarrion takes up so many issues of today, without you first notice it. This book is full with equality, strong females and more, and as a kid did I never reflect over it, cause I thought it felt so natural I grew up and nope, its not like that sadly.

And that is why I think this books are so amazing, as it take up social issues, without even blowing it in the face, as it comes in sublime messages through the books, making it so natural. Finished reading The Deed of Paksenarrion last night.

People who bought this also bought...

I liked it a lot: strong, courageous title heroine; smart, reasonably well-thought-out world-building; effective use of training montages and knight-errant tropes; and solid understanding of weapon and armor types. The story was good overall and even the brutal torture scene toward the end was heartbreakingly descriptive without being gut-churningly graphic. I really enjoy it so far. Paks is morally upright, fair and true. Deeply flawed and convicted about the ordeals and decisions she needs to make.

Lots of marching and drilling. She earns all her achievements in Mercenary Company that she joins. Book 2 so far has been faster paced but has gotten bogged down in places. I think this was because of the change in how the story was told to focus more on the epic fantasy adventure of a would be paladin.

Both books do have flaws. Particularly in book 2.

I also am loathe to accept that Paladins are celibate, poverty hobos. If anyone else weareadventurers has read the books or the anthology which I am ready I would love to read your thoughts on it. Keep reading. Fucking wow. Its always truly an amazing experience when books find their way into your life at the right time, exactly when you need them. The Deed of Paksenarrion was such an emotional journey. Its going to take a few weeks to get over the funk of finishing such an amazing trilogy. But would you say the beginning is representative or should I try again?

Thanks for the question, othrnavn! Kinda glad to be past that part too. There were some interesting moments in the book, but as a whole the thing was a disjointed mess. The attempts at world building just made the setting seem even more generic than it was a fantasy military story. As before the only character to really stand out was the main one, and the book ends with her essentially being lobotomized. If I cared more about the setting or her this might make for a compelling cliffhanger, but it just failed to do that for me.

Feel free to leave suggestions. Feel free to step outside that setting at any time. It takes a particular kind of mindset to argue over the problems of evil and suffering while bleeding out from a self-inflicted axe wound. How can I read a fantasy novel without knowing where everything is?!